The Deluge of New Orleans 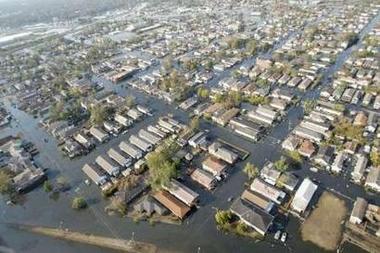 "Abstaining from evil thoughts, evil deeds and evil speech;
Refraining from taking intoxicants,
And being mindful of wholesome conduct;
This is the highest blessing."

Even as New Orleans is slowly recovering from the flood waters that destroyed the entire city, and with the memory of 9.11 fresh on their minds, Americans cannot help but wonder why such a disaster had happened right in their heartlands. Besides the known physical causes, some religious people speculate it is God's punishment to the Americans for making the Israeli government pull out Jewish settlers from Gaza. Others say it is punishment for US arrogance and unjust control of Iraq & Afghanistan. As for terrorist groups, they laugh at any sign of American misfortune. Secular analysts blame the city's inadequate evacuation system, non-repair of the dam, the apathetic people, the welfare state, the breaking loose of criminals from prison and the incompetent police for the total anarchy that ensued after the disaster. Whatever people say, it is only speculation and the true causes of any major disaster in the world lies nowhere else other than in the minds of sentient beings. When many beings in one place share similar thoughts and perform similar deeds, collective karma is produced according to the nature of those deeds. Good & evil seeds beget corresponding fruits and nobody except maybe the enlightened ones can escape this universal law. 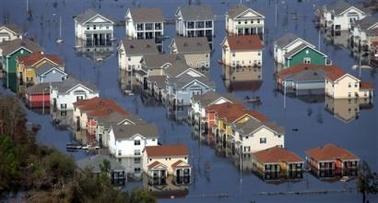 What is the karmic cause of such a disaster? None other than the 3 Poisons within one's mind. In the past, during the reign of Emperor Qianlong of the Qing Dynasty in China, there was a Runzhou district in the Jiangsu province. The inhabitants of that district were mostly fishermen who made a living catching fish, frogs & shells. They were used to daily killing and there was also a terrible tradition of disposing of female offspring by leaving them out in the open to die, or by drowning them. Everyday they caught fish & frogs and the elders would teach the children how to slaughter these creatures. This became their habit and these people thought it was great to know the art of slaughtering.

In the whole district there was only one old lady named Kong Po who abstained from killing and earned a living by weaving cloth. She would use her earnings to liberate lives and advice others to do so. Kong Po constantly admonished others to be compassionate towards living creatures and not to ignore any chance to perform wholesome deeds, no matter how small. Seeing the negative karma that her fellow villagers create everyday, she could not help but fear what kind of retribution they would reap in the future.

One night, some of the fishermen in the village saw an officer in black robes picking up a black record book from the river. Amazed, they asked who he was and what he was doing. The officer replied in this book lies the retribution for constant killing, and told them to stop killing immediately and practice liberating lives. After he finished his words the officer threw the book back into the river and disappeared. A few days later, the river embankment collapsed and the river waters flooded the entire district, sweeping houses away and killing many many villagers, much like New Orleans now. All except for Kong Po, who was with his grandson, praying to the Buddha on a hilltop monastery at the time of the disaster. This was proof that she had been blessed and protected by Devas as a result of her compassion, even as her fellow villagers suffered the unwholesome fruits of their collective karma.

Since time immemorial, whenever the people of any place commit too many sins, they were sure to be struck by some big disaster (natural or otherwise). This is not punishment from an Almighty Being, but karma created by the Craving, Hatred & Ignorance in their own minds. The law of cause & effect is clear for all to see yet sentient beings do not see it as they are blinded by their own ignorance. After the flood waters submerged the city of New Orleans, only then we see the true character of some of the surviving inhabitants there. No longer afraid of the consequences, they engaged in an orgy of looting, killing and raping, turning New Orleans into a watery hell as it is. Indeed, it was collective unwholesome karma that caused the disaster to happen, yet those lawless groups did not learn anything from it but go ahead to do more evil. How could these people be saved? Only the Hells awaits them. As for those who follow the Dhamma, they will always be free from harm, no matter what dangerous or disaster situation they find themselves in.

HK Stepmom: The Prison of Hatred 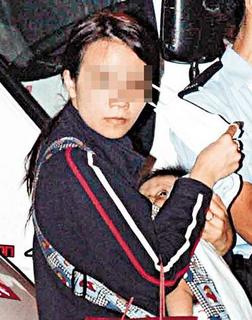 "Let a man conquer anger with love,
Let him subdue evil with good;
Let him overcome the greedy with generosity,
And the liar with truth."

Recently, there is a criminal assault case in Hong Kong that grips its entire populace with intrigue and pity; the case of 20 year old stepmom Hong Minyi hiring 2 young thugs to attack his 7 year old stepson, Cen Haoxian (Xian-zai) with cleavers, almost severing his arm and nearly killing the little boy. At the centre of the storm is the boy's father Cen Weicheng, who is undeniably the originator of this family tragedy.

What drives this young lady and a mother of a 2 month old baby (also fathered by Cen Weicheng) to mastermind such a cruel attack on a defenseless young boy? None other than the poison of hatred. Hatred is one of the most potent of the 5 Poisons of the mind. When hatred rages uncontrollably, binding the mind in a burning prison, it is the quickest way for anybody to enter Hell. Hong is very much a troubled young lady. On the one hand her husband and mother-in-law are consistently showing more affection to his stepson, such that she often perceives the young boy to be "bullying" her own baby. 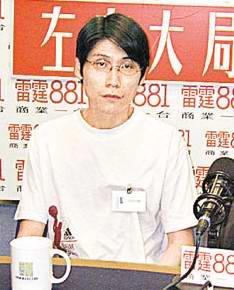 On the other hand her once divorced husband, who by nature likes to flirt around, is still sticking to his old habits and not giving her the attention that she deserves. Provoked into jealousy and anger, Hong decided to hire a young delinquent to beat up the object of her hatred - Xian-zai. As the previous attack did not cause serious injury to Xian-zai, the crime was not reported to the police. It only made the family more protective of Xian-zai. Unfortunately, that made Hong even more peeved. She felt she needed to make an even stronger statement to draw the attention of her nonchalant husband. Hong took out her savings and hired 2 thugs to teach Xian-zai a lesson he would never forget. Wielding cleavers that could easily inflict fatal injuries to any adult, let alone a young boy, the 2 thugs struck Xian-zai while he was returning home from school with his grandma. 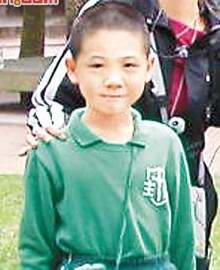 Now lying in hospital and slowly making a recovery, he could only listen in bewilderment as people tell him how his stepmom and all suspected accomplices got arrested by the police one-by-one. Xian-zai could not have imagined himself becoming the object of sympathy of the entire Hong Kong in a single day. Celebrity well-wishers have been visiting him in hospital and consoling the boy with all sorts of gifts. Child-cousellers have been appointed to relieve him of his traumatic experience. As for Hong, she would be charged with attempted murder, which warrants a life-sentence. Under a jury system swayed by public opinion, the HK courts would no doubt convict the young lady and all those men she hired to harm Xian-zai. These are the unwholesome fruits of her jealousy and anger. For her this mental prison transforms into a physical prison - proof of the Dhamma that one's enviroment is shaped by the state of one's mind. It is also important to note that this family tragedy is caused by Cen Weicheng's thoughts of lust (much like Ah How in Singapore), which often drove him to sexual misconduct.

This directly broke up his first marriage and indirectly caused his second marriage to end up in that messy situation that it is now. The effects of broken families on children are far-reaching enough; Xian-zai is not just an innocent victim of his stepmom's burning anger, but more so of his father's moral failings. Hopefully he would learn not to repeat them when he grows up. Time and time again we see sentient beings in the world create suffering for themselves through their own craving, hatred, ignorance, egoism & doubt. Thus the need to educate people in the Dhamma is pressing indeed! Only through the Dhamma can we transform the 5 poisons into the 5 Buddha-wisdoms, and the burning prisons into jewelled palaces. May all beings find refuge in the Triple Gems, sadhu.