To sit or not to sit? 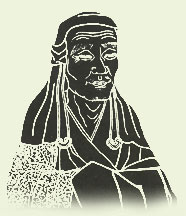 During the Song Dynasty (around the 12th century in China), Chan or Zen Buddhism separated into 2 distinct schools; the 'Koan-contemplating' school of Ven Da Hui and the 'Silent-illumination" school of Ven Hong Zhi. They developed into the Lin Ji (Rinzai) & Cao Dong (Soto) sects, which carried on until today. Da Hui's method focused on contemplating Koans at any time or place, whereas Hong Zhi's method focused on formal sitting meditation. This was no different from the Sudden & Gradual doctrine divide during the 6th Patriach Hui Neng's time; the question of sudden or gradual enlightenment resurfaced once more, 4 centuries after being resolved. Up till now the question has still not been fully resolved for Zen practitioners: to sit or not to sit? 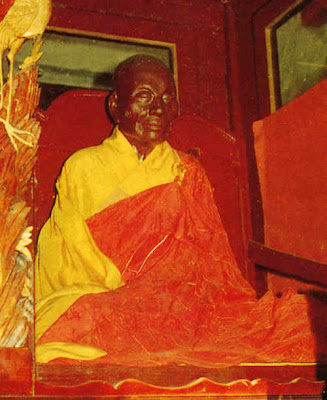 To answer this question I believe it is best to go back to the 6th Patriach, who had this to say:

What is Zuo Chan or Zazen? Za means to sit, but it is not the body that sits, but your mind.
Zen means to contemplate, but there is no fixed form or pattern to contemplate with.
Not to be moved inside the mind is Za.
Not to be attached to forms outside is Zen.
Not to separate your mind from the Buddha-nature is Za,
To be able to discriminate all phenomena is Zen.

Such being the nature of Zazen, what is the point of sitting around all day meditating when all you're doing is really thinking delusional thoughts? If you truly understood Zazen, then there is not a single moment you are not sat. If you do not understand Zazen, then you can sit until you become a corpse, yet still fail to get even a glimpse of your own true mind!

So should we sit or not? It all depends whether you grasp this crucial teaching.

Take heed, do not follow the wrong path!
Posted by Wayne Woo at 1:54 AM 5 comments: 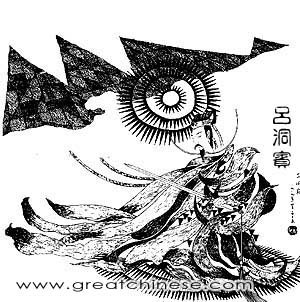 Taoism is the most ancient native religion of China, a path that teaches followers different ways of achieving physical immortality through union with Nature. When Chan Buddhism came to China, it adopted the use of some Taoist terms for convenience sake, so that it will be easier for the Chinese people to grasp. But this had led many to believe that Chan or Zen is merely an off-shoot of Tao. Although their teachings may appear similar in the beginning; but trust me, the final goal is totally different. If you only understand the teachings of Taoism, u'll not be misled to think in that way. The best way to illustrate this is through the story of the famed Taoist Immortal Lu Dongbin (above) meeting with Chan master Huanglong.

One day Lu was passing by Huanglong Mountain when he noticed a holy aura surrounding its peak. He knew there was an extraordinary person staying in this mountain, so he decided to pay this person a visit. Now it happened that Huang was about to give a sermon. Lu sneaked in among the followers to listen what he had to say. Huang knew that Lu had came, so he sternly shouted:
"I won't speak today as there is a Dharma thief among you."
At this, Lu bravely stepped out & asked the master:
"A single grain contains the world, a half-litre pan can cook mountains & rivers; what does this verse mean?"
"You corpse-horder!" (this was a sacarstic remark on the Taoist ideal of finding physical immortality)
"I have the pill of immortality inside my robe pocket!"
"Even if it lasts 80,000 kalpas, in the end it still crumples into nothingness."
Lu was shocked to hear this, so he mystically unleashed his flying sword upon Huang. Huang merely waved his duster as the sword flew towards him, & down it fell with a clang!
Lu immediately dropped to his knees & begged for instruction.
Huang said:
"I won't ask abt the half-litre pan, but what is the single grain containing the world?"
Lu was enlightened upon hearing these words.

What did Lu see? If you see what Lu saw you will also know your own true mind. Within this Koan lies the difference between Tao & Zen.
Posted by Wayne Woo at 2:28 AM 1 comment:

What do people do after they're enlightened? 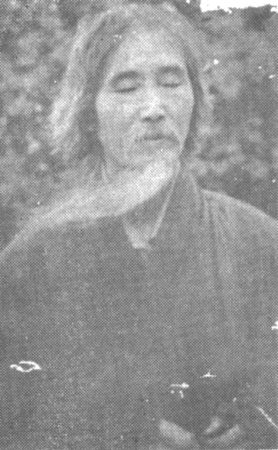 The best way to answer this question is through a story. During WW2 in China, the revered Chan master, Ven Xuyun (seen above) held a Mass Prayer Ceremony for Peace in Chongqing city. The neighbouring city Chengdu's Buddhist council recommended that Ven Changyuan & Upasaka Yuan Huanxian (a respected lay teacher) to travel to Chongqing & invite Ven Xuyun over to give a sermon. Ven Changyuan could not make it, so eventually only Mr Yuan went over to Chongqing. At that time, the official in charge of such Buddhist matters was Mr Dai Jitao. Yuan asked Dai to make the request for him, but he replied that Ven Xuyun maybe too old to travel long distances. At this, Yuan, who was known for his sharp wisdom, remarked:

"Whether the Ven comes or not is up to him; whether or not I invite him or not is up to me. Since he has opened a shop, I have the freedom to go buy something from it. If the price is right, I'll pay; otherwise we'll each go our own ways."

So Yuan got to speak to Ven Xuyuan directly. He made the necessary salutation and asked:

"All the crows in the world are black!"

But there was no further explanation of this as they both started to talk about other topics. Later Yuan wrote a letter to his friend Mr Jia Titao relating the incident. Ven Dayu, another Chan master with great insights from Hubei province was also there with Jia. He had this comment to make after learning what happened:

"Upasaka Yuan asked a very good question & Ven Xuyun gave a good answer. But as a leading master of his time, this answer is not as sharp as we would expect of him. If I were him, I would ask Yuan, which of the 3 kinds of people did HE belong to? Only in that way will they collide into each other on a narrow path & forced to present their naked minds!"

That ends my story. But what's the moral of the story? What do enlightened people do after enlightenment?

I can provide you with the answer but that wouldn't be fun. Instead I'm going to ask:

Which of the 3 kinds of people do YOU belong to? Yup, contemplate on that!
Posted by Wayne Woo at 2:13 AM 6 comments: 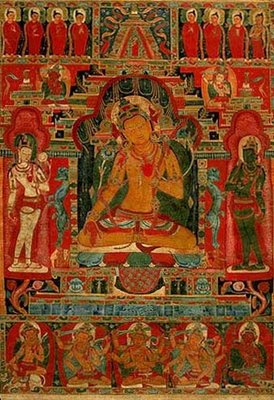