Ah.. a Hollywood movie about the mystery of the afterlife and the in-between. While the interlinked stories are interesting, this movie does not try to provide any answers. All 3 main characters still remain in the dark as to what the next world is like. But by the end of the movie, they have found new meanings in their lives to continue on.

What this movie really reveals is that 99% of the world is still in ignorance about the nature of death. Despite the great advances that modern man has made in science and technology, yet he is no more knowledgeable about his own mortality than men in ancient times. Which is strange, since none of us can escape the final destination. One would think that something so pressing should deserve much more attention then it is getting. However we are always so lost in the pursuit of our own desires that we either try to sweep it under the carpet, or conveniently subscribe to long existing wrong views about it. 99% of people fall into the pits of either eternalism or nihilism. Those with religion will believe that their souls live forever and those without will believe that there is nothing after death. Even among so called Buddhists, it is hard to find people with "Right View". Verily, finding one with right view is as rare as finding a needle in a haystack.

So what is the right view? Not to subscribe to these 2 kinds of wrong view is the right view. Not to subscribe to any kind of duality is the beginning of true seeing. Thus the scriptures say, "Without views one maintains the right view". It is not the same as indecisively sitting on the fence, but a conviction born from understanding the nature of emptiness. Although we think we are born and die, but what is born and die is not really us. Because in the great void nothing ever comes into existence or ceases to exists. Like movie characters dying on the screen; have they really died? The world is no different from a movie screen, and what we believe we are are in reality only projections of our own deluded mind. When the mind stop projecting, then only can one see that there is only a blank screen, and that the mind is no different from the screen; the mind IS the screen. But just in case you start to cling to that as the truth, the mind is also not the screen. If you realize something here, just see it silently is enough; do not cling to any concepts at all, otherwise King Yama is not going to let you off when you step into the "hereafter".
Posted by Wayne Woo at 12:58 AM 7 comments: 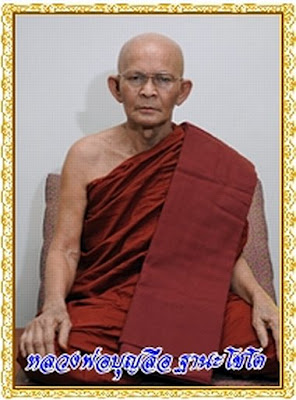 LP Boon Ler of Wat Kam Yard in Ang Thong is a well-known Bodhisatta monk and a great healer cultivating the 10 Paramis. However when I went there LP was away in Bangkok. 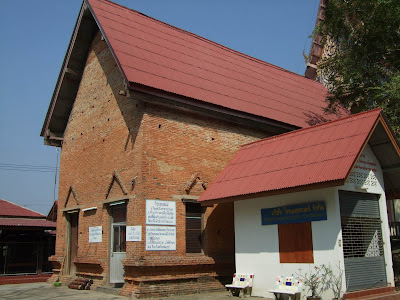 The old Ubosot of the temple, where takruts mystically "flew" down from the roof top after one of the male devotees made a wish to see the power of the Buddha statue inside. 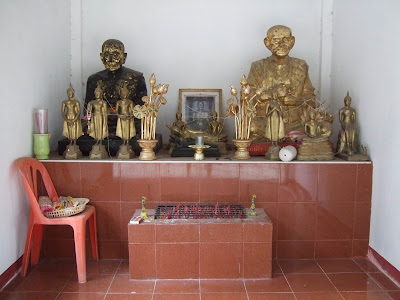 The LP Tuad and Somdej Toh shrine beside the old Ubosot. 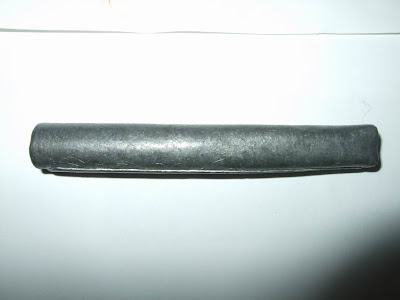 The "flying takrut", which lay women at the temple said had powerful protective powers - one of them had a son who wore it and met a serious traffic accident where the car was completely wrecked, but the guy was miraculously unharmed. 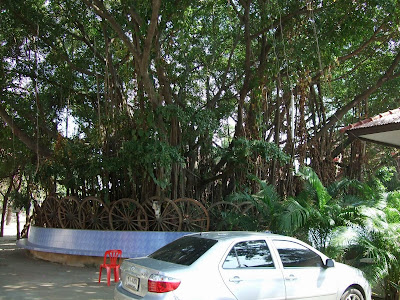 An old tree in the middle of the courtyard. 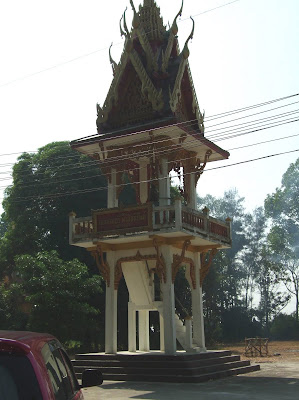 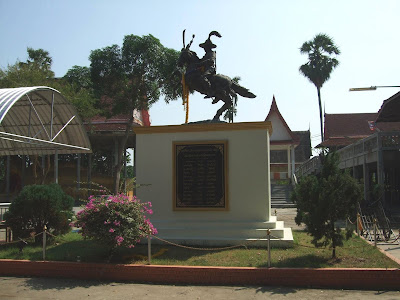 Statue of King Thaksin riding his horse into battle. This temple had some historical link to the great king. 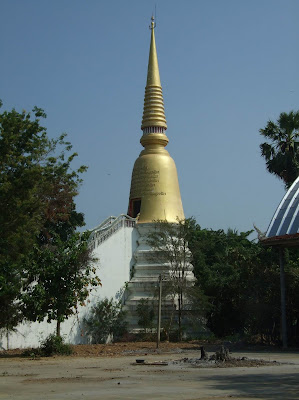 The Chedi where mystical Biagae with healing and poison absorbing qualities were excavated. 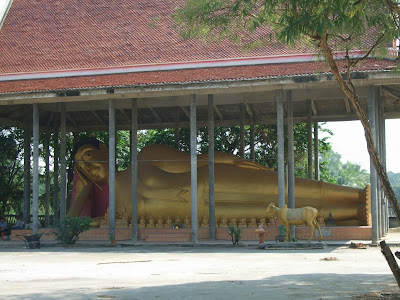 The Sala of the Reclining Buddha. 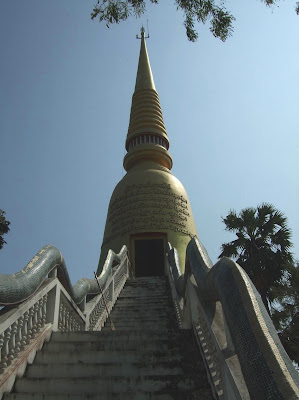 Stairs leading up to the Chedi. 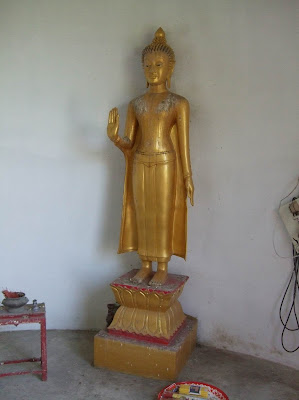 The Monday Buddha (Pang Ham Samut) statue inside the Chedi. 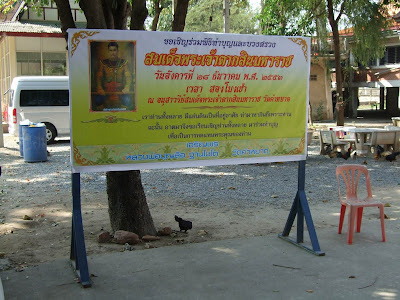 Signboard mentioning about the consecration of a new batch of King Thaksin amulets.
Posted by Wayne Woo at 12:44 AM 2 comments: 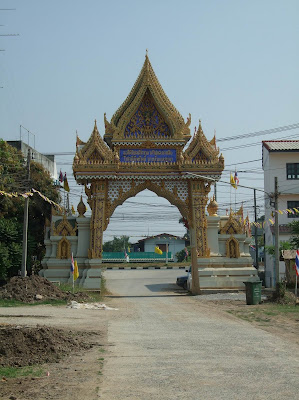 Wat Panom Yong in Ayuttaya is the temple of LP Jamlong, the famous wicha master. He is not the same as LP Chamlong of Wat Chedi Daeng, as some might get confused. Above is the temple gate. 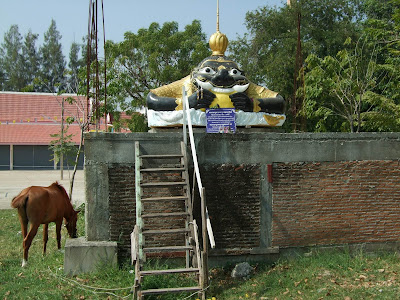 The yet to be completed Phra Rahu Shrine. 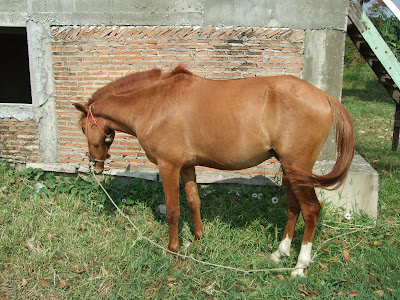 A cute pony beside the shrine. It is quite tame. 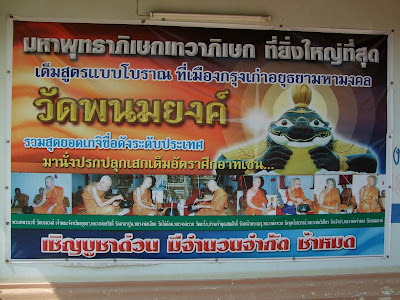 A big poster indicating the number of masters who will come to consecrate the Rahu shrine. 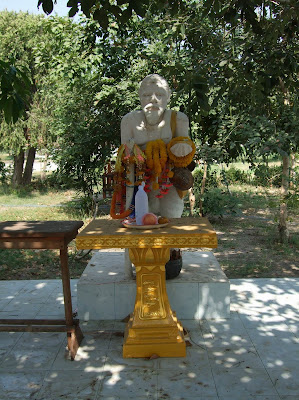 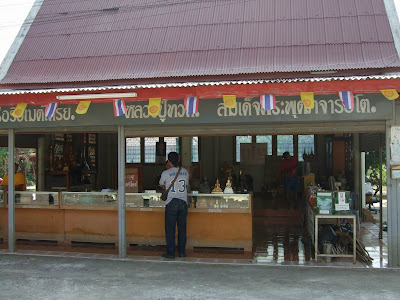 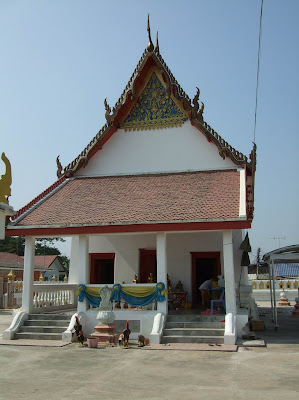 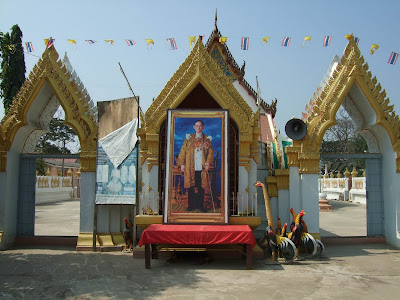 Outer gate of the Ubosot. 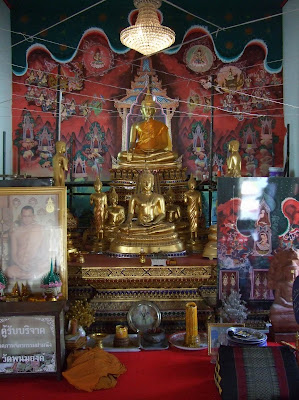 The altar to the presiding Buddha image of the temple. 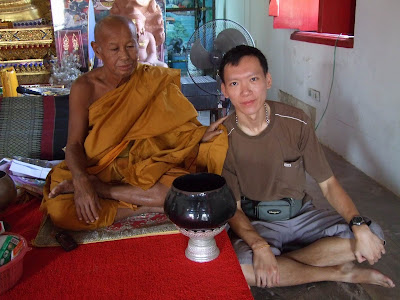 Having a shot taken with LP Jamlong, who kindly explained to me how to use some of his amulets. 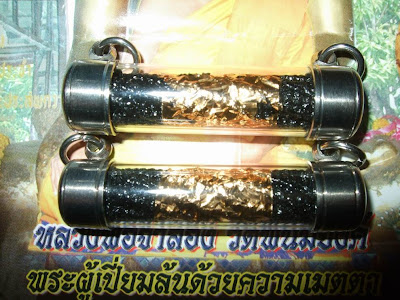 The "Takrut Kor Mah" (Dog Neck Charms) or Maha Amnaj Takruts that I chowed from the temple. 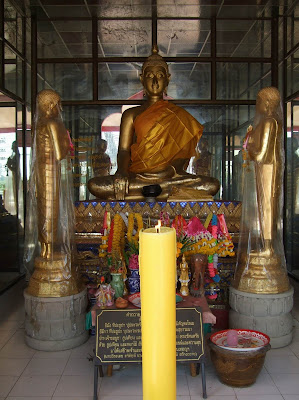 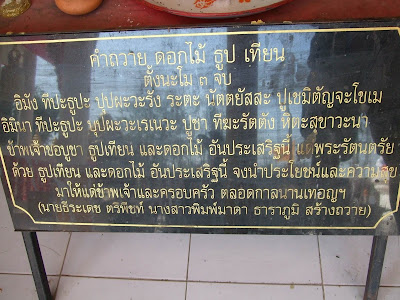 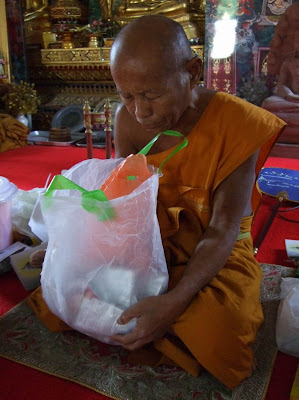 LP blessing the bag of Phakod that I have chowed. 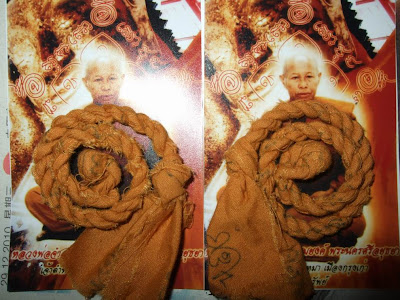 The Phakod Peun Kram Bon Yan.
Posted by Wayne Woo at 1:27 AM 3 comments: