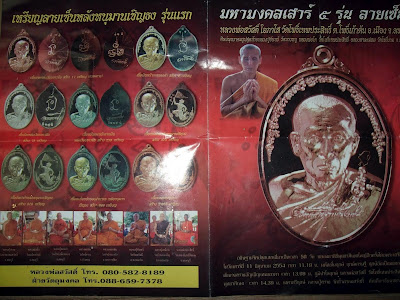 LP Sawat of Wat Po Thep Prasit in Lopburi province is a master in making Deva amulets and he has recently came out with a batch of them to help renovate his temple. 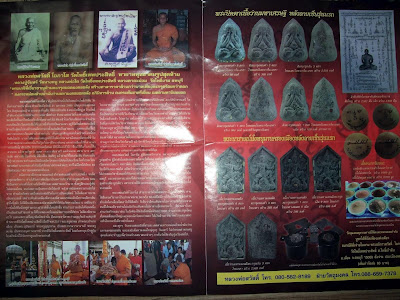 LP Sawat is a disciple of both LP Jant and LP Doh. He invited 8 other famous guru monks to help him consecrate this batch of amulets, including LP Thongdam, LP Suang, AJ Dew and LP Som. 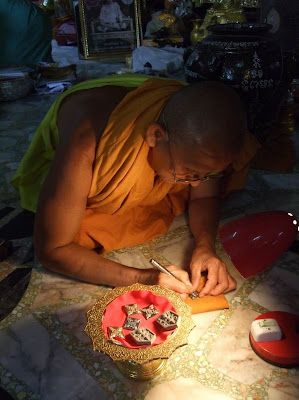 LP Sawat drawing Akaras onto the Rians that I chowed. 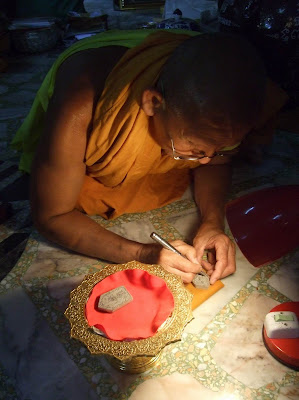 And also on the powder amulets. 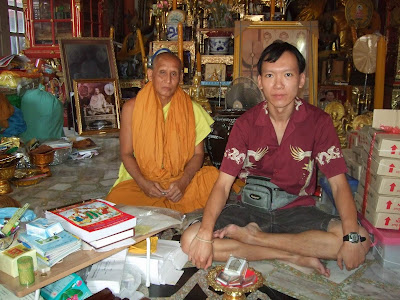 Having a shot taken with LP. He said there were devotees from Malaysia who came to chow the amulets as well. 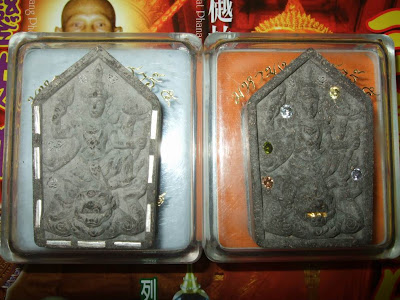 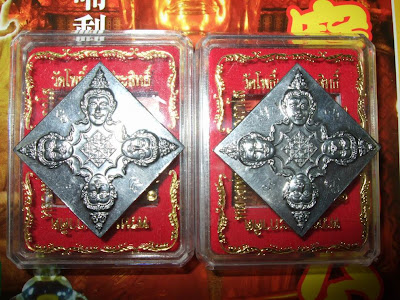 Karma and the Jurisdiction of the Gods 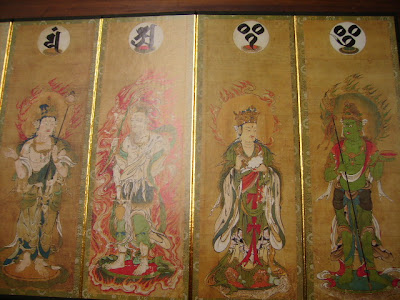 The Book of Changes say:

"The gods punish the arrogant and reward the humble."

Belief in gods and deities that reward and punish humans according to their good and evil has been present since the beginning of every major civilization, and the Chinese are no different. How does this belief in a divine system of reward and punishment measure against the law of Karma in Buddhist doctrine?

In modern day Buddhism, there are 2 kinds of wrong views about karma being proliferated. One is the thinking that the Buddha is like some sort of God who controls the law of karma. This kind of thinking is shared by the ignorant who does not understand the karma is the law of nature that works by itself and cannot be controlled by any being. They also do not see that there is no such thing as an omnipotent God who is above all things. Everyone is subject to his or her own karma, even the highest gods in the realms of form and formlessness.

The other type of thinking is the belief that there is only the law of karma and that gods and deities who reward and punish people are nonsense. They think that beings who get punished for their evil deeds suffer solely due to the effect of karma, and has nothing to do with gods and deities. This is a kind of atheistic Buddhism popular among the highly educated. However, it is quite obvious they are only seeing one side of the picture. If a person commits a crime and get sentenced to jail, of course he is reaping the fruits of his own karma. But how can anybody neglect the fact there is a judge to dish out punishment to him according to the law? To say that there is karma without any gods is just the same as saying a criminal goes to jail without any judiciary system. Certainly this is not a logical way of understanding karma.

Karma and judgement have always worked hand in hand and they are never in conflict. It is just like any country with laws to maintain order. Who upholds the laws and dishes out the punishments? Naturally it is the police officers and the judiciary system. The netherworld is no different. It is by one's own karma that one goes to the netherworld. And it is according to your own karma that King Yama and his judges decide where you'll go next. Karma is simply natural law and the upholders of the law are all the gods and deities that we know, for they themselves are subject to it. One might argue that if karma is self-executing, why do we need gods to uphold it? It is just the way things are. Let me give you another example: let's say you stole somebody's money and get caught. You are arrested by the cops and then a judge sends you to jail. That is karma and judgement working together. What if you didn't get caught? Later in the future you get conned by others and lose all your money, end up as a beggar on the streets. That is karma working by itself. Although karma can take effect with or without judgement, yet every country needs its own set of laws to keep things in order. Can you imagine a country with no government and no police? It will be total anarchy! Whether in the heavens or in the netherworld, it is the same everywhere. There is always some big boss running things with the help of his subordinates. And FYI, the judiciary system in the netherworld is much fairer than that of the human world. There are never any cases of misjudgement because one can neither bribe the judges nor are there any lawyers to argue your case. Every good and evil deed you ever did in your life shows up in the record books of the judges without fail. So evidence is always clear cut and never insufficient. You can be sure you will get a fair deal when you stand before King Yama one day.

As such, a wise Buddhist should not only revere the Buddha and his teachings, he should also respect all the gods, deities and Dharma protectors in heaven and earth who help to maintain order and facilitate the workings of karma. Always share merits with them and they will in turn help us in our lives.
Posted by Wayne Woo at 12:54 AM 2 comments: 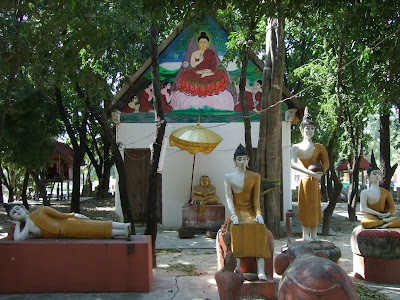 LP Pathum of Wat Krua Tanoo, Suphanburi province is one of the top disciples of LP Doo Wat Saket. He is famous for his Deva amulets like Hanuman riding Singha, Phra Prom and others. His temple, however is quite modest, with relatively few visitors. Above we see the 7-day Buddha statues outside the Ubosot. 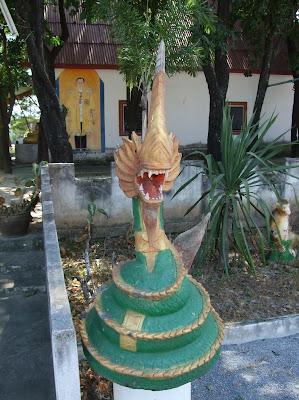 Naga statue at the gate. 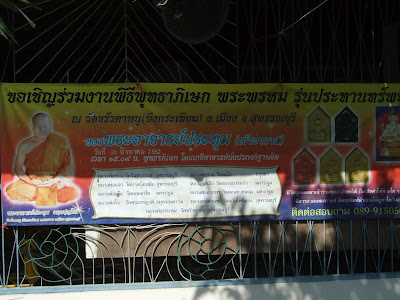 Banner of LP Pathum's Phra Prom amulets, made in 2552. 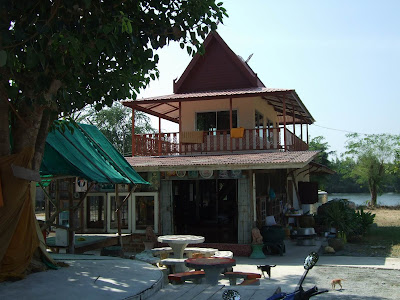 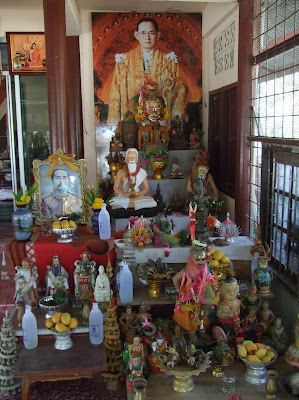 Main altar in the kuti. 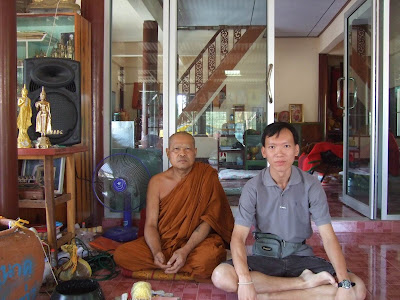 A shot with LP Pathum. Unforuntately there was nothing left in the temple to chow.

Mitmor Arkom from LP Pathum which I chowed at some other place.
Posted by Wayne Woo at 12:15 AM No comments: