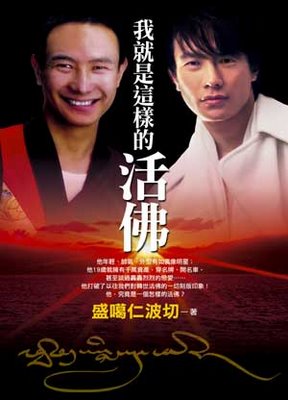 "If you are ignorant of your own true nature,
How can you hope to gain any merits?"

I just finished reading the famous Sangha Renpoche's autobiography, "I am such a Living Buddha" (see above). Interestingly, this book is recommended by many famous Buddhist leaders, intellectuals & celebrities alike. Sangha Renpoche, for those of you who are not familiar, is a young reincarnated Lama of the Kagyud tradition from Qinghai province in China, only 29 yrs old this year. He is controversial in the sense that he lives a double life, one as a revered Guru Lama & the other as a modern, fashionable & charisimatic yuppie. The Renpoche has openly admitted in his autobiography of his prolific lay life, featuring his sports car, branded clothes, pub-crawling & even his live-in affair with his Singaporean ex-girlfriend. Indeed, it is difficult to see how a person can expound beautiful Dhamma teachings to the multitude on the one hand, & yet live the high life of material enjoyments like any other rich young man on the other. Such behaviour may be unthinkable in the Theravada, debatable in the Mahayana, & might only be accepted in the Vajrayana tradition.

After reading what the Renpoche has to say about the Dhamma as well as his inner struggles when faced with different choices in life (especially in the dept of love), I came to the conclusion that he is merely an ordinary man. He may be very well-versed with the Vajrayana teachings, & might have been reborn many times practicing the Dhamma; he may even possess a mystic aura & be respected like a living Buddha, yet he still has not seen the true nature of his mind. He is much like the U2 song: "But I still haven't found what I'm looking for.." Which is sad, actually. Sangha Renpoche says he is "a salesman of the Dhamma", & Buddhism is his "product"; so he has a duty to present it in its most upbeat & attractive image to his "customers". And what better way to advertise his product than to advertise through his own self? But such thinking is inherently problematic, because of the profound & inconceivable nature of the Dhamma. 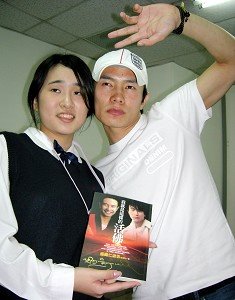 It is of course not a problem to walk freely between the sensual & spiritual world if you are enlightened, where duality is no more; but what happens when you are not? How can you confidently say sensual pleasures are empty & cannot taint your mind when you have not realized the supreme Dhamma? Remember the story of Kumarajiva giving a warning to his disciples? It is indeed a dangerous path to tread if you have not reached that kind of level. Judging from his writings, there is no doubt that Sangha Renpoche is still in the realm of duality. Even he himself admits that he is but a man, & enlightenment has not been reached. 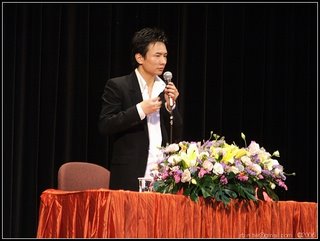 The Renpoche explains that "all things arise due to dependent origination" & he cannot avoid those worldly trials due to past karma. If such is the case, why choose the path that is full of traps? Why not avoid this path altogether and stick to the safe shelter of the Vinaya? Only when you have broken Avijja can you throw away the guidance of the Vinaya, the Dhamma & all the scriptures, for by that time you will realize all the teachings are already present in your own Buddha-nature. Then you can choose to roam the world and live either the religious or the material life without any obstacles. To Sangha Renpoche, I only have this to say: stop creating the karma of birth & death; seek that which is beyond birth & death within your own mind. May he quickly reach the doors of the deathless, sadhu.
Posted by Wayne Woo at 12:54 AM 5 comments: