The Nature of Thought 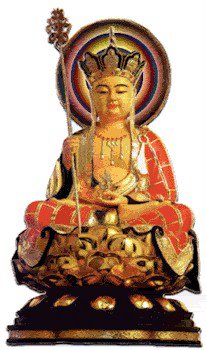 "Whenever thoughts arise in the minds of sentient beings in Jambudvipa, they are all but sinful. If by chance they happen to gain some benefits, they often retrogress from their initial wholesome mind. In evil conditions, evil thoughts grow successively one after another."

This is a well known passage in the Sutra but people often misunderstand it, thinking that we sentient beings are all born in sin, not unlike what is taught in Christianity.

Thought arising in the mind is evil not because sentient beings are evil or thought itself is evil, but only because it is tainted by our fundamental ignorance (avijja). When Avijja is in control of our mind, thinking, not thinking, between thinking & not thinking, neither thinking nor not thinking are all klesha (defilement). But when Avijja is shattered, thought IS the Buddha!

Using a good thought (eg. thinking of Amitabha) to conquer evil thought is an expedient means taught by some Pureland Buddhist teachers, but it won't be very effective unless you understand the nature of thought. Amitabha refers to the Buddha-nature, and in the Buddha-nature there is no good thoughts or evil thoughts. No pure or impure thoughts, no right or wrong thoughts, no thought & no no-thought. All these are still in the realm of duality & are thus unreal. If you can think of Mara in the same way you think of Amitabha or Buddha; think of evil thoughts as fundamentally no different from good thoughts, then that can be called true "Nian Fo", "Nembutsu" or Buddha thought.

1. Bodhidharma and the Emperor Wu

Emperor Wu of China was a very benevolent Buddhist ruler. He built many temples and monasteries, educated many monks, and performed countless philanthropic deeds in the name of Buddhism. He asked the great teacher Bodhidharma, "What merit is there in my good works?" Bodhidharma replied, "None whatsoever." The Emperor then asked, "What is the highest meaning of the Noble Truths?" Bodhidharma answered, "Vast Emptiness, devoid of Nobility." The Emperor then queried, "Who, then, is this confronting me?"
"I do not know," was Bodhidharma's reply.
Since the Emperor did not understand, Bodhidharma left his kingdom. Later, the Emperor related this conversation to an adviser, Prince Shiko. Shiko reprimanded him, saying that Bodhidharma was a great teacher possessed of the highest truth. The Emperor, filled with regret, dispatched a messenger to entreat Bodhidharma to return. But Shiko warned, "Even if all the people in the land went, that one will never return."

*For this Koan, meditate on "I do not know". If you know what is it that is not known, you will see your own Buddha-nature.

Chokan had a very beautiful daughter named Seijo. He also had a handsome young cousin named Ochu. Joking, he would often comment that they would make a fine married couple. Actually, he planned to give his daughter in marriage to another man. But young Seijo and Ochu took him seriously; they fell in love and thought themselves engaged. One day Chokan announced Seijo's betrothal to the other man. In rage and despair, Ochu left by boat. After several days journey, much to his astonishment and joy he discovered that Seijo was on the boat with him!
They went to a nearby city where they lived for several years and had two children. But Seijo could not forget her father; so Ochu decided to go back with her and ask the father's forgiveness and blessing. When they arrived, he left Seijo on the boat and went to the father's house. he humbly apologized to the father for taking his daughter away and asked forgiveness for them both.
"What is the meaning of all this madness?" the father exclaimed. Then he related that after Ochu had left, many years ago, his daughter Seijo had fallen ill and had lain comatose in bed since. Ochu assured him that he was mistaken, and, in proof, he brought Seijo from the boat. When she entered, the Seijo lying ill in bed rose to meet her, and the two became one. Zen Master Goso, referrring to the legend, observed, "Seijo had two souls, one always sick at home and the other in the city, a married woman with two children. Which was the true soul?"

*For this Koan, meditate on which was Seijo's true soul.

Kisan paid a visit to Ganto, who was living in quiet seclusion, and asked, "Brother, are you getting two meals regularly?" "The fourth son of the Cho family supports me, and I am very much obliged to him," said Ganto. "If you do not do your part well, you will be born as an ox in the next life and will have to repay him for what you owed him in this life," Kisan cautioned.
Ganto put his fists on his forehead but said nothing. "If you mean horns," Kisan said, "you must stick out your fingers on top of your head." But before he finished speaking, Ganto shouted, "Hey!" Kisan did not understand his meaning and said, "If you know something deeper, why don't you explain it to me?" Ganto hissed at him and said, "You have been studying Buddhism for thirty years, as I have, and you are still wandering around. I have nothing to do with you. Just get out." And with these words he shut the door in Kisan's face.
The fourth son of the Cho family happened to be passing by and, out of pity, took Kisan to his home. "Thirty years ago we were close friends," Kisan said sorrowfully, "but now he has attained something higher than I have and will not impart it to me."
That night Kisan could not sleep. He got up and went to Ganto's house. "Brother," he implored, "please be kind and preach the Dharma for me." Ganto opened the door and disclosed the teaching. The next morning Kisan returned home, happy with attainment.

*For this Koan, meditate on what are the 2 meals.

One day Banzan was walking through a market. He overheard a customer say to the butcher, "Give me the best piece of meat you have." "Everything in my shop is the best," replied the butcher. "You can not find any piece of meat that is not the best." At these words, Banzan was enlightened.

*For this Koan, meditate on what is the best meat.

5. Where to Meet after Death

Dogo paid a visit to his sick fellow monk, Ungan. "Where can I see you again if you die and leave only your corpse?" Dogo asked. "I will meet you where nothing dies," Ungan replied. Dogo criticized his response saying, "What you should have said is that there is no place where nothing is born and nothing dies and so we need not see each other at all."

*For this Koan, meditate on what is the place where nothing is born or dies.
Posted by Wayne Woo at 2:08 AM No comments:

The Conditions of the Devas 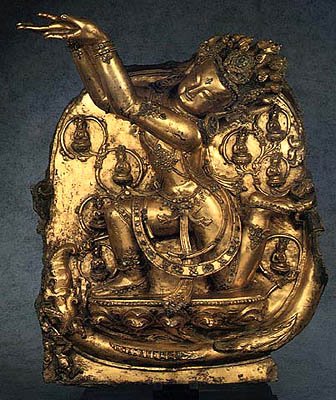 There are 3 classes of Devas or gods in Buddhist cosmology. The first kind are the formless devas in the formless heavens (arupa loka), who have no desire nor body, only pure mind. They enjoy the sublime bliss of the formless Jhanas & have extremely long lives (up to 84,000 Maha Kalpas or great eons), which gives these devas the illusion of eternal life. The second kind are the devas of form, who have bodies but no desire. They experience the pure bliss of the 1st to the 4th Jhana. Brahma devas belong to the the lower heavens of form (rupa loka) & there's no male & female distinction in this realm. Their bodies are sexless & are made of pure radiance. They also have very long lives (up to 16,000 Maha Kalpas). The last kind are the devas in the heavens of desire (kama loka), like the Tavatimsa or Tusita heavens, which have male & female distinction - meaning that these devas still have sex, but in a much more refined way compared to humans & animals. Different devas in the different heavens of desire have sex in different ways. For example those in the heaven of the 4 kings & the Tavatimsa simply let their spiritual energy mingle. Those in the Yama heaven only need to go close to each other. Those in Tusita heaven simply hold hands & those in the Nimmanarati heaven only have to look at each other! These devas are constantly enjoying great sensual pleasures which are the fruits of their good karma. Though their lives are relatively short (millions to billions of years) as compared to the devas of form & formlessness, but it's still a very long time to us humans.

When devas are going to die, they first show the 5 minor signs of decay, followed by the 5 major signs, after which they will immediately fall to the lower realms. This applies to all devas in the heavens of form & desire alike, no matter whether they are sexless, male or female.

The 5 minor signs are:
1. They no longer hear divine music.
2. Their radiance becomes diminished.
3. Water start to wet their bodies.
4. They start to miss the heavenly enjoyments.
5. Their divine sight could no longer perceive the entire world.

The 5 major signs are:
1. Their celestial robe becomes unclean.
2. Their crown of flowers wilt.
3. Sweat start to flow from their armpits.
4. Their bodies start to smell.
5. They start to become very agitated.

For the formless devas, they do not expereince these signs cos they have no bodies, but once their time is up, their minds will lose the bliss of the formless Jhanas & thus dissappear from that realm to be reborn into the lower realms.

So u can see that it is difficult for devas to cultivate the Dhamma bcos the bliss or enjoyments in the heavens are so great that often devas don't think of the Dhamma until it is too late (when the 5 major signs of decay appear). In the same way, humans who have a lot of money & pleasure will never think of practicing the Dhamma until they are old & dying. By that time, it will probably be too late. Thus the best condition to practice the Dhamma is not to be a deva or human with an easy life, but just a normal person that have experienced some degree of suffering. Only those who know suffering will have a heart to seek the end of suffering that is Nibbana.
Posted by Wayne Woo at 2:19 AM 3 comments: