Yesterday there was a report on a little 3-legged toad being found by Mr Ma inside the senior citizens corner at Blk 332 of Serangoon Ave 2 a couple of days ago. The Chinese believe that 3-legged toads are mythical wealth fetching creatures, and thus Mr Ma had decided to rear the toad in the hope that it would bring him luck. 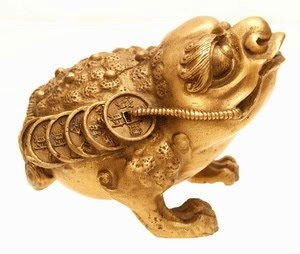 Legend has it that the 3-legged toad was once a powerful demon with a strong craving for wealth. It wrecked havoc in the human world for a long time, until the Taoist Master Liu Hai subdued it with his magic. As Master Liu was fond of giving charity to the poor and needy, the supernatural wealth seeking ability of the toad was just what he was looking for. With the money that the toad gathered everyday, Master Liu helped countless people to escape from their poverty. Thus the 3-legged toad was revered as a divine wealth fetching creature by the ordinary people. Later a Fengshui tradition developed to place a gold or copper image of this toad in one's house or shop to bring luck. According to this tradition the toad should face outwards in the day, symbolizing it going out to find money for its owner; and when the night came, it should be turned to face inwards, symbolizing it coming back to spit money into the house.

Does it work? Like all other wealth deities or mythical wealth creatures, it all depends on how much merit a person has. If a person regularly gives charity to the poor and needy, to monks and ascetics who follow the Dhamma, then like Master Liu Hai, the 3-legged toad will zealously fetch wealth for him or her. But if one is stingy and unwilling to make merit, then no deity or creature can help the person become rich. Indeed charity is the chief of the Paramis (Perfections), and we should constantly rejoice in giving. That is the sure way to wealth.
Posted by Wayne Woo at 10:51 PM No comments: 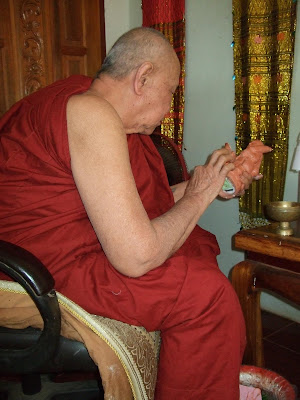 LP Thongdam of Wat Tham Tapainthong is a well respected guru monk in Lopburi, famous for his Metta and Mahalap amulets. Here I've asked LP to bless the Sivali bucha I've chowed with his sacred powder. 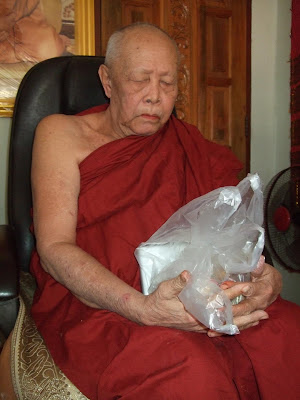 I also asked LP to bless the other amulets I chowed. 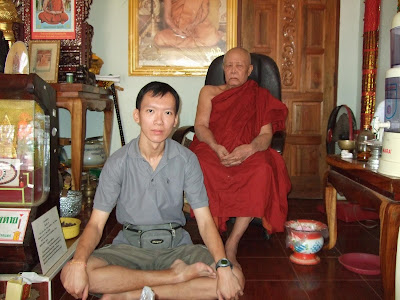 Taking a photo with LP. 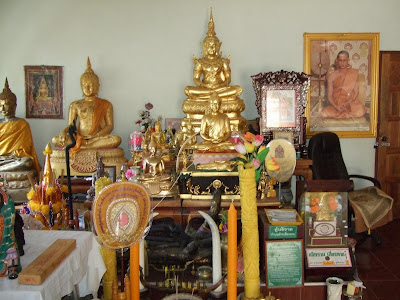 The altar inside LP's kuti, with a golden Phra Kaew as the main Buddha. 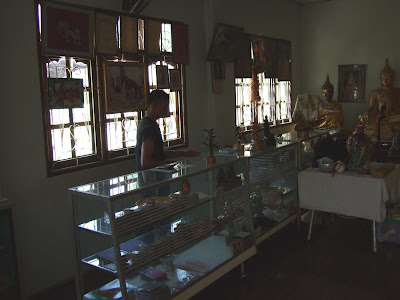 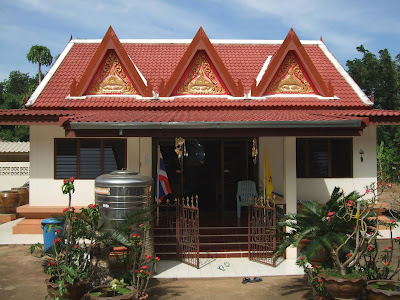 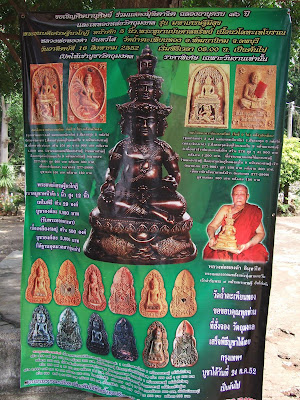 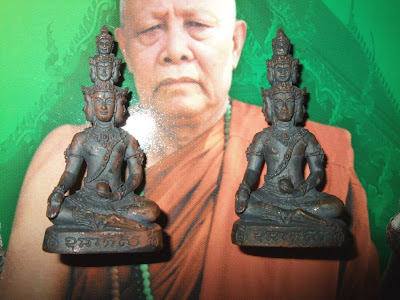 The 9-face Buddha roop lors, made of Samrit material. 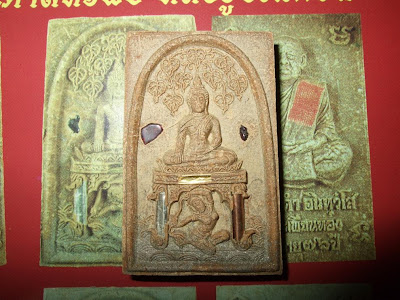 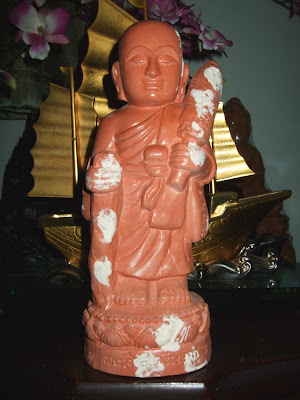 The cute-looking Phra Sivali bucha, made of hard clay material. 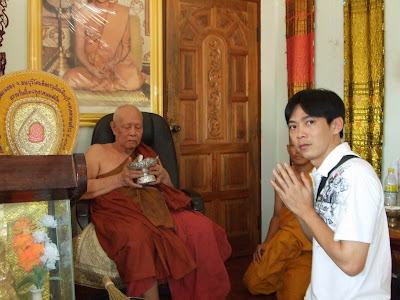 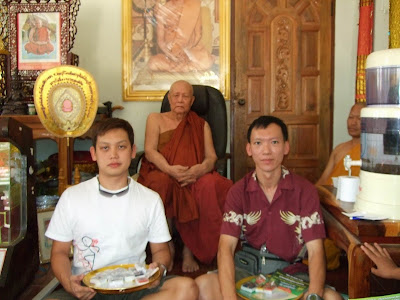 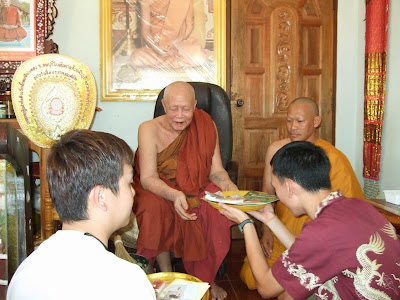