About Near Death Experiences (NDE) 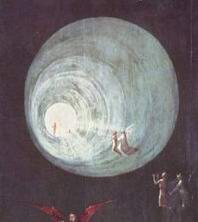 There's so much research done on NDEs today, that there's virtually no way to deny the truth about "life after death" & samsara. The common aspects of many NDEs include:

1. Seeing the spirit leaving their own bodies
2. Flying through a tunnel
3. Sinking into the void
4. Seeing their whole lifes flashing before their eyes in a matter of seconds
5. Seeing a powerful light & going through it

What are these things that people experience, according to the Dhamma? Let me explain a little:


1. The spirit is our delusional mind. Whereas previously the mind believed that the body belongs to itself, now it sees that the body is just a shell.
2. The tunnel is an illusionary space created by the mind in motion, which is pulled along by its own karmic energy.
3. The void is the form of Avijja or fundamental ignorance, which is actually where the delusional mind originated.
4. In the realm of the mind, space is unreal, time is equally unreal. What we believed to be "our life" is no more than a series of memories & impressions on rewind or fast forward.
5. The powerful light is your true self. Previously it was obscured by your senses but now it becomes clear because your sense organs have shut down.

This light has no form, but appears according to what a false mind is conditioned to see. When they go through the light, Christians see Jesus, Catholics see Mary, Jews see Jehovah, Muslims see Allah, Hindus see Krishna, Shiva. Buddhists see Buddha or Guanyin, Taoists see Lao Zi, the Jade Emperor etc. Those with no religion simply see whoever they held in high regard. Those who have not done much good in their lifes see Satan, the Devil, Lord Yama etc, and again those with no religion see whoever they fear most. This transformed figure will either send them back to their bodies if their lifespan is not up yet, or send them to the next existence if their time is up.

Actually whoever they see is a reflection of themselves - the mind seeing itself. When sentient beings are still deceived by their own Avijja, the true mind will spin along with outer phenomena. But when they become enlightened, it is the true mind that control how phenomena spins. No matter whether it follows or leads, the true mind always remains pure & untainted. For the enlightened ones who realize their own true mind, they are never apart from the "powerful light" that ordinary beings only see in NDEs. Everything, including both Samsara & Nibbana, is melted back into the Absolute. Birth & death is ultimately an illusion, yet apart from this illusion, what Nibbana do you hope to find? Remember this at the moment of death, & it'll be of great benefit to you.
Posted by Wayne Woo at 3:26 AM No comments: 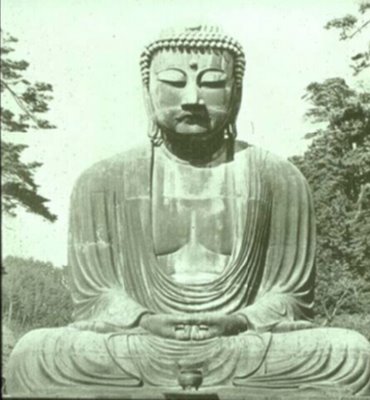 Zen & Pure Land are the 2 most important Mahayana schools of Buddhism surviving in China today. Patriaches & masters from both schools often share a very close relationship with each other. Although many Zen masters extol the Pure Land after attaining enlightenment, but what many do not know is, before they reached that stage, they did not recite & meditate on koans at the same time, something which modern Buddhists tend to do.

We shoud know that Zen & Pure Land are 2 different schools & each has its own distinct method of practice. In the past, there was a Zen Master named Hanshan who taught people to try the dual practice of Buddha Recitation and Zen, taking the name of Amitabha Buddha as a Huatou or Koan, where you ask yourself "who is reciting Amitabha?" during Buddha Recitation. One who can practice recitation and then observe where Amitabha comes from and where He goes will, over a period of time, come to understand what Amitabha represents. This will allow his Panna or innate wisdom to flow forth. The method of meditating on "who is reciting Amitabha?" suggested by Hanshan may appear like a combination of both, but in reality it is a Zen method rather than a Pure Land method. It is a skillful means to teach those practitioners who are still unsure of which to follow. When I say this Hanshan is surely going to whack me with a stick!

While many scholars are correct to note that for the past few hundred yrs Chinese Buddhists have practice Zen & Pure Land together, but it is also precisely bcos of this that so few practitioners attain enlightenment in this era! Why? Distraction. If a person sometimes meditate on Koans, sometimes recite Amitabha, his time & effort is divided & cannot produce result. I can tell you for sure that those who did attain enlightenment by practicing Zen, they did not dilute their meditation with recitation; and for those who were reborn in the Pure Land through recitation, they certainly did not meditate on Koans as well!

"All wisdom comes from devotion", do not doubt the practicality of this great saying.
Posted by Wayne Woo at 5:12 PM 3 comments:

Can your Mind see itself? 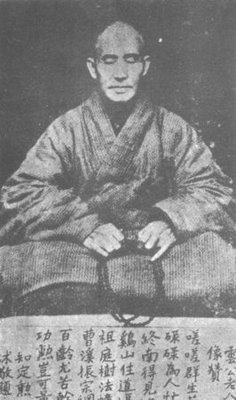 "It cannot be seen, yet it is clear for all to see."

Mind seeing mind is Avijja itself!

Why? Because seeing IS the mind. Without the mind you cannot see. The former is the function, the latter is the body. In reality they are one - they are YOU. If in delusion you use another mind to see your original mind, then both minds are false. The same could be said for hearing, smelling & other sense functions.

*This is the Samatha path, 1 of the 3 methods of meditation taught in the 圆觉经 or Sutra of Complete Enlightenment, so remember it well!
Posted by Wayne Woo at 1:03 AM No comments: 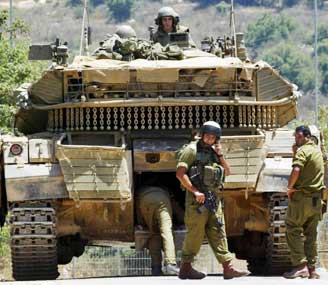 Why does Samsara exists?

Samsara exists because of the craving, hatred & ignorance within our own mind.
Samsara includes all the 6 realms & the 31 planes of existence.
We are stuck in Samsara bcos we do not see our true mind. All sentient beings are constantly being reborn into higher or lower realms according to the good & evil thoughts in their own minds.

Where did it all began?

Samsara is like a ring. Does a ring has a beginning or end? The root cause of suffering is not lust or aversion, but Avijja (fundamental ignorance). From Avijja arises all defilements that forms the wheel of Samsara. If our true mind is the sun, then Avijja is the dark cloud that obscures the sun. Disperse the cloud with the wind of the Dhamma, & the sun will be able to shine on all things once more.

When enlightenement is reached, we shall realize that for something that wasn't really there in the first place, what is there to "cease to exist"; to enter extinction? Only then would we truly understand what "Samsara IS Nibbana" means! 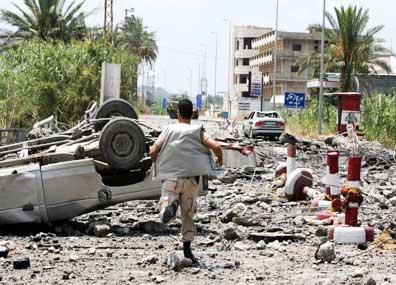 By now, all of us have seen the Israel-Lebanon conflict in the news. War is cruel & innocent people are dying. Scenes of the dead resemble that of the torments suffered in Hell. Where does all this suffering come from?

The Middle East is transformed into hell because of the hatred that clouds the minds of the Israelis & the Arabs. It is this inner hatred that leads to war, destruction & death. But if the mind is pure, then the Buddha-land is also pure. Always remember - Heaven & Hell is in the mind, so is Nibbana. I sincerely hope the people in that region can radiate Metta (loving-kindness) towards all sentient beings, friend & foe alike every day. Only in this way can they remain invulnerable to all harm amidst the fierce fighting, sadhu.