The Legend of 9-Face Buddha 九面佛 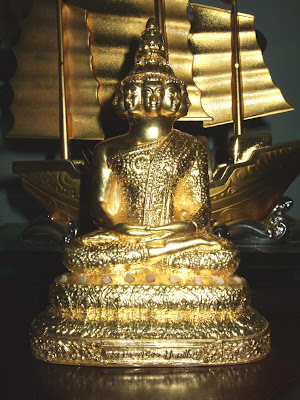 This year many temples in Thailand are coming out with the images and amulets of Phra Setthi Nawagot (9-face Buddha) as well as Chuchok. Who is this 9-face Buddha? The origins of the veneration of this Buddha began in Chiang Mai of olden times, when it was still called the Lanna Kingdom. It was a difficult place to live and its population suffers much. Out of compassion, a learned guru monk named LP Ariya advised his lay disciples to built the statue of Phra Setthi Nawagot to help overcome their economic difficulties. After completing the statue, a puttaphisek consecration ceremony was conducted to invite Phra Setthi Nawagot to come and receive great offerings from the lay disciples. During the ceremony, many miracles happened throughout the puttaphisek chanting. The lay disciples were afraid as they haven’t seen such occurences in their life before. However when the puttaphisek was over everything went back to normal. Believe it or not the lives of the lay disciples started changing for the better. After the lay diciples experienced such extraodinary power, they asked LP Ariya how did such a strange 9-faced Buddha came about and why is it so effective.

LP Ariya explained that Phra Setthi Nawagot consists of the 9 rich merchants whom have taken refuge under Lord Buddha. "Setthi" means millionaire in Pali and "Nawagot" means 9 times infinity. During Lord Buddha’s lifetime, these 9 merchants have supported the Buddha’s mission in building the Sangha and spreading the Dhamma. Besides being rich lay supporters, they have also achieved the various stages of sainthood. Thus they can be considered Ariyas or Noble Ones. Inviting and revering them sincerely we hope they can bestow upon us the bountiful merits and wealth that they have accumulated in their previous lifetimes. The 9 of them are:

May you all benefit from the veneration of this 9-face Buddha, sadhu.
Posted by Wayne Woo at 12:03 AM 19 comments: 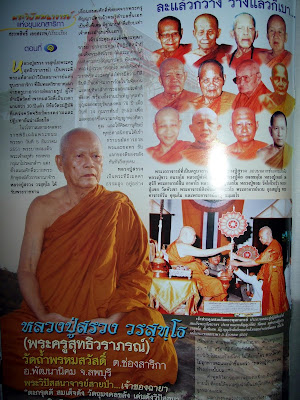 LP Suang is a Forest Monk of the Thammayut Tradition, and has learned under great masters like LP Khao, LP Tet, LP Chob and so on. He is a grand disciple of LP Mun. Last year, he has been awarded the rank of Phra Kru by Somdej Phra Puttajarn and is now the Sangha chief of the Pattana district in Lopburi. 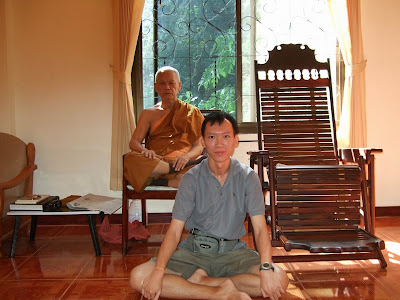 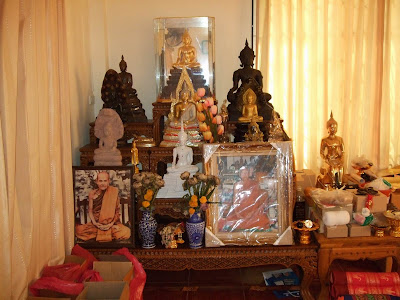 The altar in LP's Kuti. 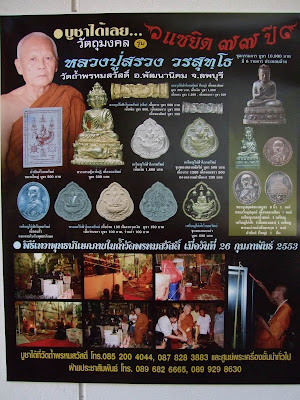 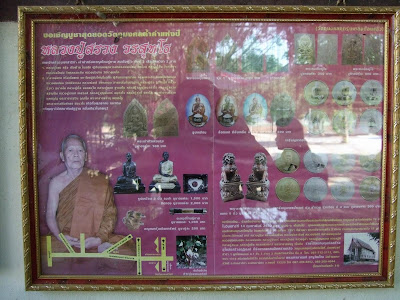 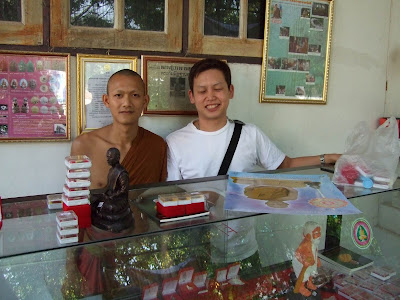 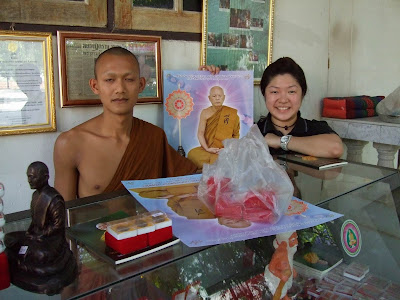 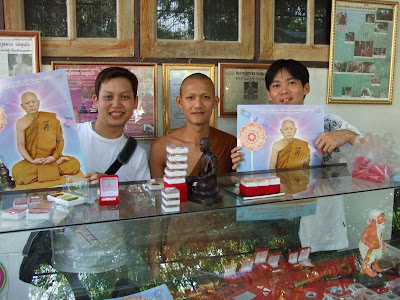 Group members having their photos taken with the Luang Pee at the amulet counter.
Posted by Wayne Woo at 1:35 AM 1 comment:

Inside the Maha Mondop of Wat Traimit

A video of Phra Buddha Maha Suwan Patimakon (The Golden Buddha) from the front. The Maha Mondop of Wat Traimit, Bangkok was recently opened.
Video of the Golden Buddha from the back. As we can see the place is thronging with tourists and devotees. 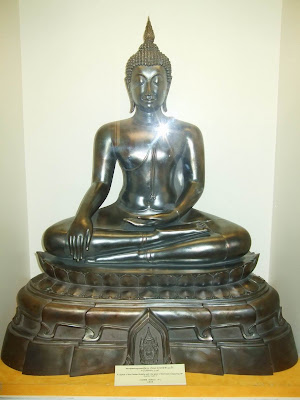 A 19" black bronze bucha of the Golden Buddha on display. 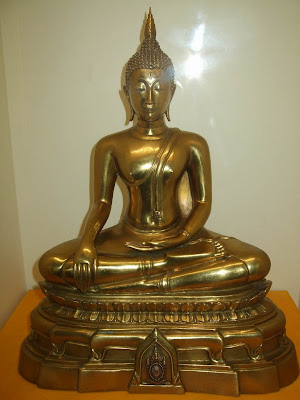 Another 9" brass bucha on display. 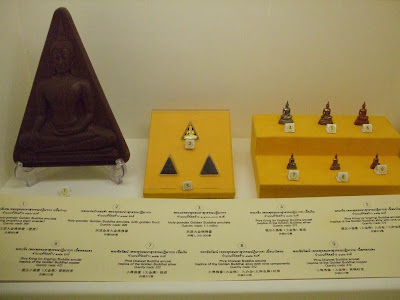 Recently consecrated amulets to commemorate the opening of the Maha Mondop.
Posted by Wayne Woo at 9:12 PM 3 comments: